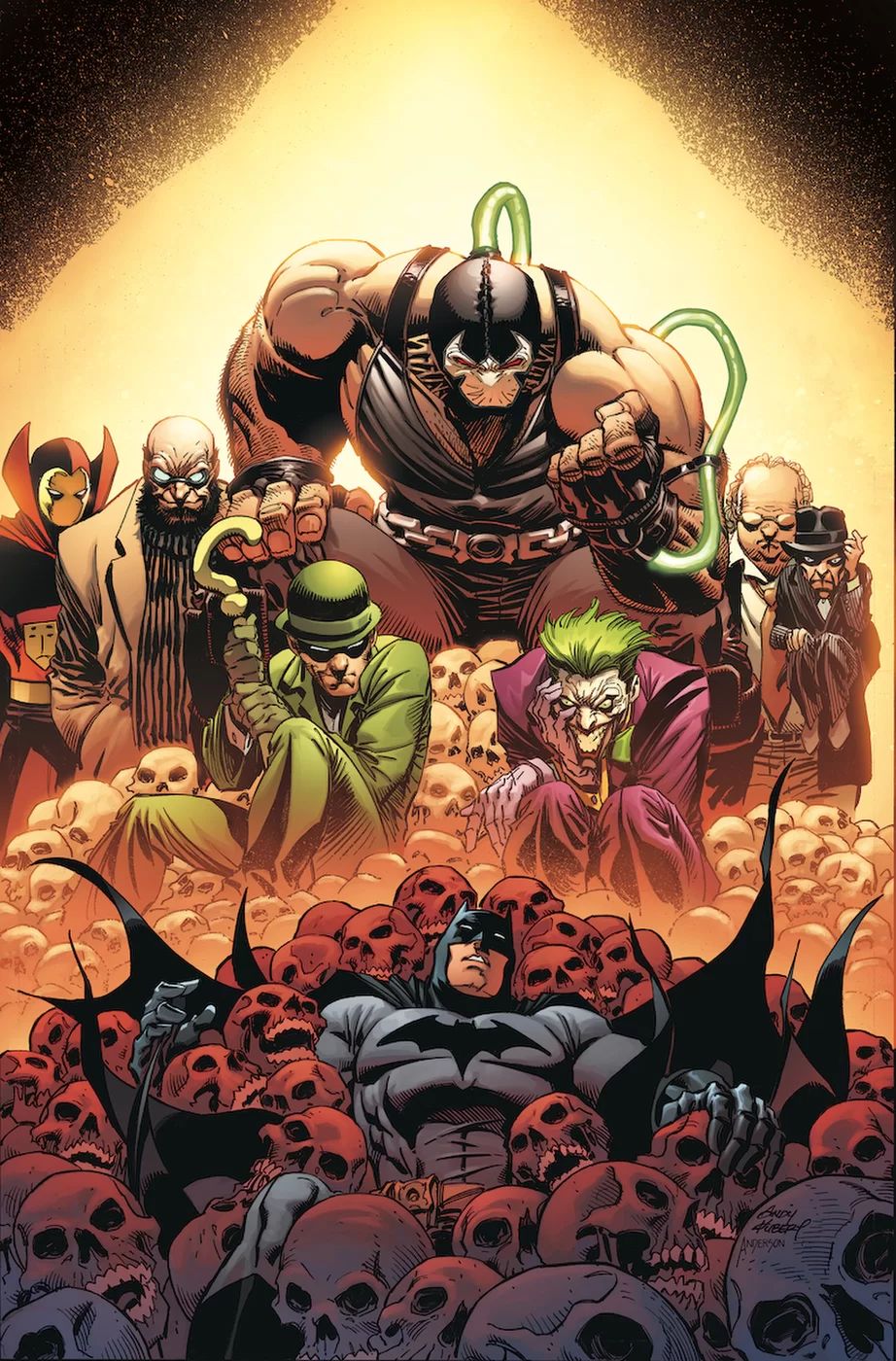 “City of Bane” is upon us! Bane’s conquering Gotham City, but he’s not doing it alone. In this Secret Files issue, read about Bane and his cabal: The Joker, the Riddler, Hugo Strange and the Psycho-Pirate. Brutal stories of madness, murder and hatred done by some of comics’ greatest talents!