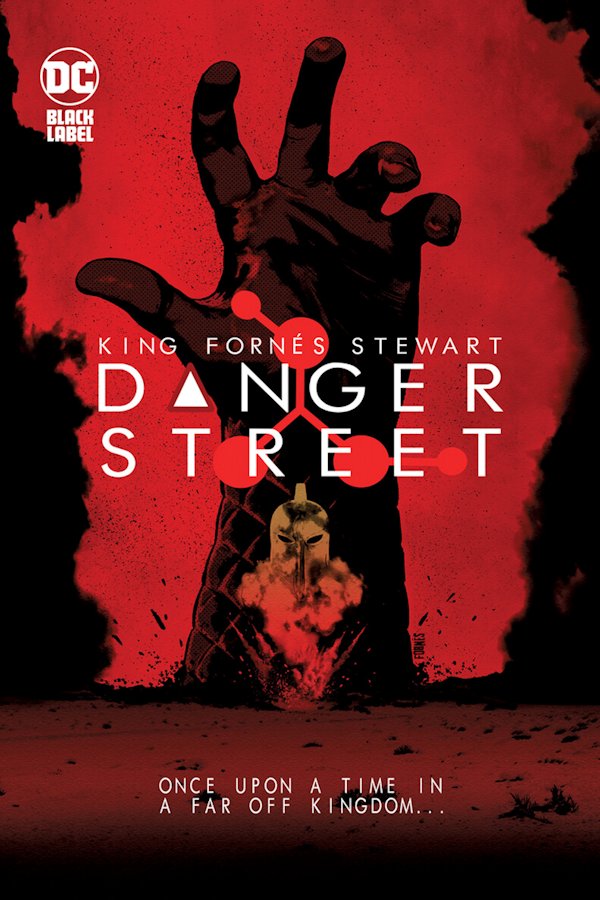 Joining the Justice League is a goal for any superhero, but what happens when a quest for membership takes a sinister turn?

Join Starman, Metamorpho, and Warlord as they look to prove themselves worthy by summoning and defeating Darkseid in battle. Soon they’ll learn that calling upon a New God never ends well, and their world is headed for a crisis as a result!

The journey to save the day will be a treacherous one filled with princesses, knights, and all kinds of monsters. Each person the heroes encounter plays a crucial role in this sprawling yet gripping narrative that is a little bit silly, a whole lot dark, and completely cool. Expect the unexpected with a supporting cast featuring Manhunter, Lady Cop, the Green Team, and the Creeper!

Inspired by the heroes and villains of 1st Issue Special, Tom King and Jorge Fornés (Rorschach) return for an unforgettable maxiseries that reimagines the characters and their stories. A multicharacter, multilayered crime drama starring some of DC’s most obscure creations: no one will see it coming, but everyone will want to see where it goes!