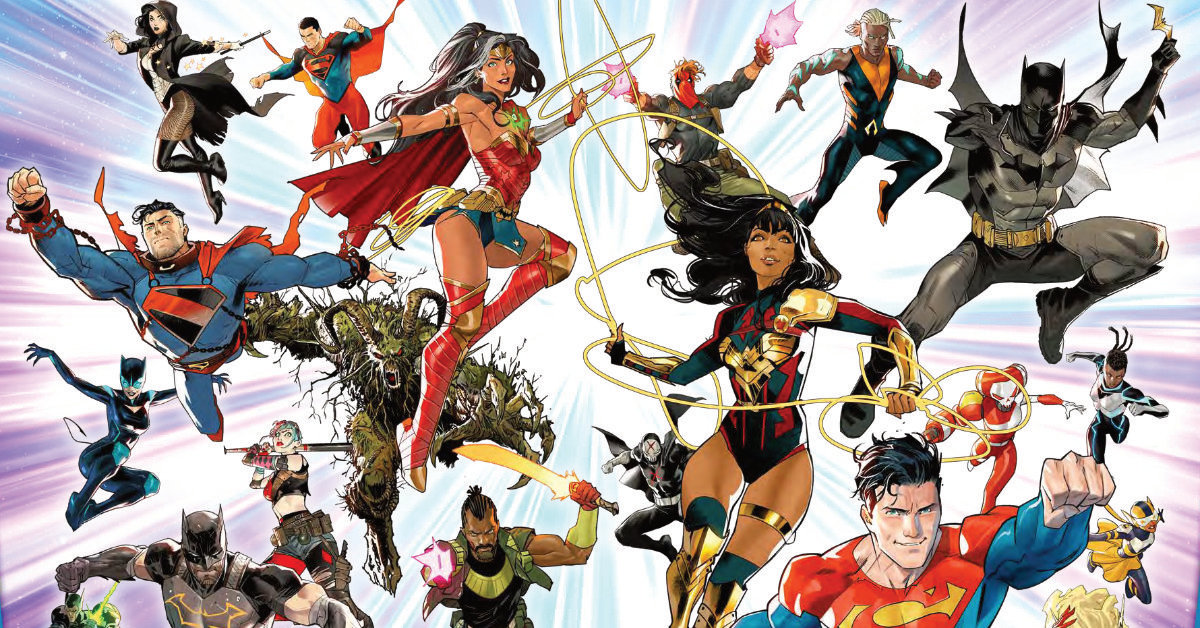 DC is starting 2021 off with a bang, giving fans a glimpse into futures both near and far, full of current and new characters as the publisher has announced plans for DC Future State, a two-month, line-wide event beginning in January. Through February 2021, the full title lineup will feature a combination of monthly and twice-monthly oversize anthologies, as well as a monthly schedule of miniseries and one-shots.

In DC Future State, the Multiverse has been saved from the brink of destruction, but the triumph of DC’s heroes has shaken loose the very fabric of time and space! The final chapter of Dark Nights: Death Metal (on sale January 5, 2021) brings new life to DC’s Multiverse, kicking off this glimpse into the unwritten worlds of DC’s future!

Due to his involvement in an international crisis happening in the near future, Clark Kent has been rejected by Earth, causing him to focus his lifesaving efforts outside his adopted home. He travels to Warworld to rise through the ranks of gladiatorial combat in order to defeat Mongul with the help of some unlikely heroes. Back in Metropolis, Clark’s son Jon has taken on the mantle of Superman. After seeing the horrors that befell Gotham, he bottles Metropolis in order to keep it safe, putting him at odds with Supergirl.

Connecting the two oversized Future State: Superman titles, Shilo Norman, the man known as Mister Miracle, finds himself caught between the city he grew up in and the battle-torn planet that could be his downfall.

Meanwhile in the Amazon rainforest, Yara Flor is chosen to be the new Wonder Woman. Years later, the new Superman and Wonder Woman join forces to save their cities in a new superhero team-up the likes of which the world has never seen.