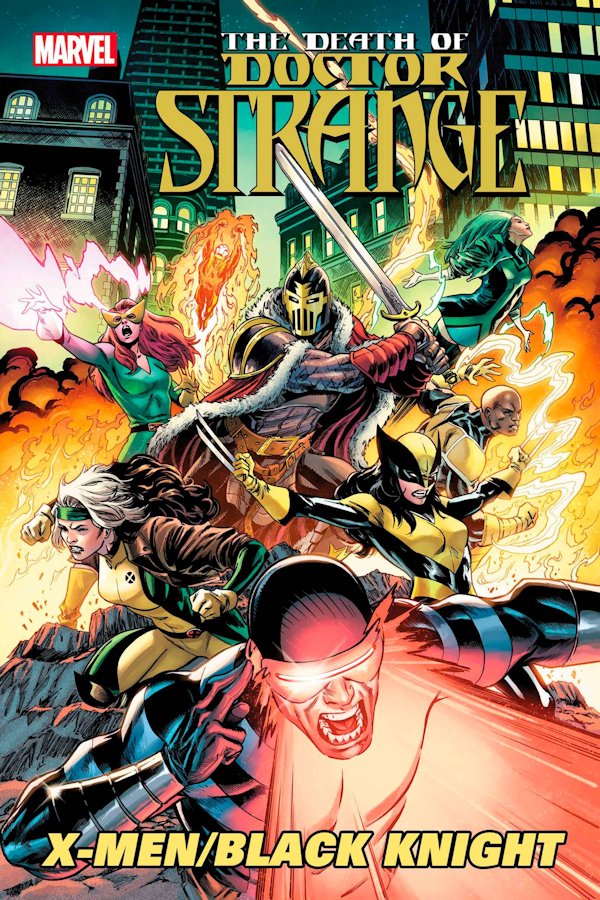 All manner of vile extradimensional foes invade Earth following the collapse of Doctor Strange’s magical safeguards for the planet. Dane Whitman, A.K.A. the Black Knight, receives a terrible vision from the Ebon Siege while Jacks, now sharing the burden of the Ebony Blade with her father, rides off to confront a terrible evil attacking London – the X-Men?! Krakoa’s greatest heroes have been transformed – but by what?!

Jacks, Dane and Faiza Hussain – bearer of the mighty sword Excalibur – must team up to save the X-Men before an even deadlier threat destroys them all!