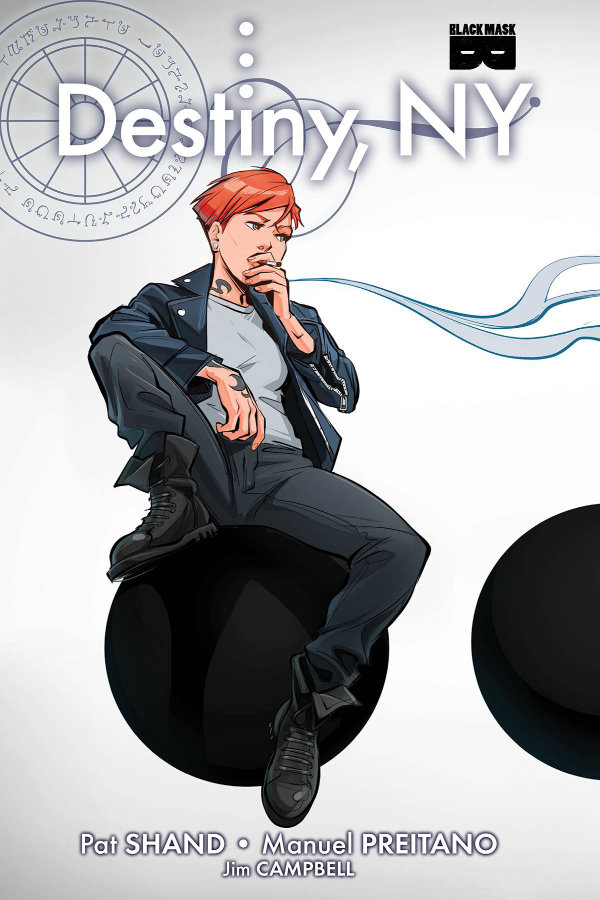 Logan grew up in a boarding school for children with magical prophecies, but she fulfilled her destiny so young that she’s now having a midlife crisis despite being in her 20s. When she falls for the estranged daughter of a mystical crime family, Logan’s new love puts the entire school in jeopardy.

A grounded story about the magic of young adulthood, star-crossed modern romance, delayed coming of age, and finding your place in a world too busy to notice you.

From writer Pat Shand (Snap Flash Hustle) and artist Manuel Preitano (DC Comics’ The Oracle Code), this exuberantly youthful and achingly heartfelt ongoing series feels like Strangers in Paradise set in a magical NYC, featuring characters that will stick with you long after finishing the double-sized first issue.