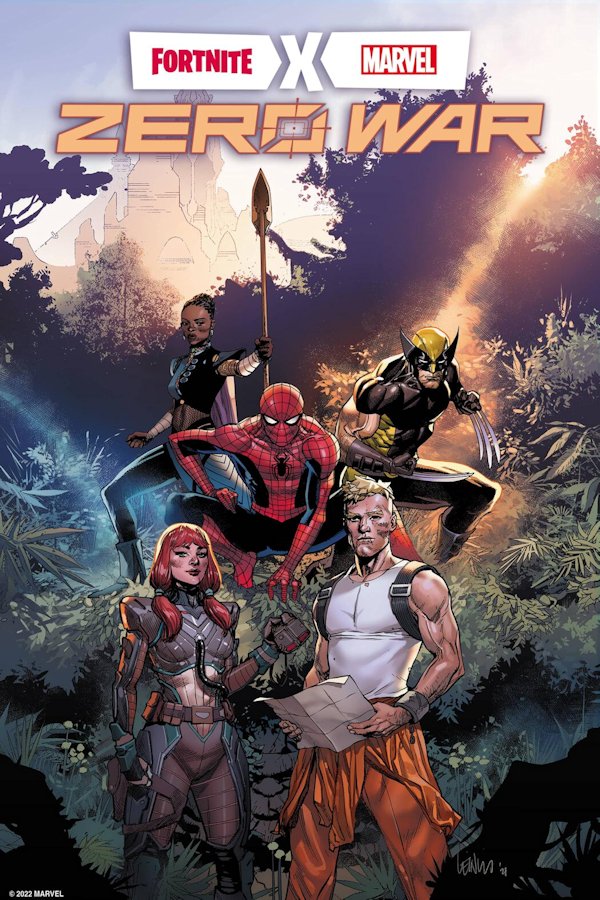 Issue #1 (second printing) is due July 20th, but does not have a digital game code. Please contact us if you would like to order a copy.

Issue #2 has sold out prior to publication. We will not be getting all we have ordered so will not have enough to cover all orders. We are awaiting reprint details /dates.

Thank you for your patience.

The Marvel Universe collides with Fortnite!

The inhabitants on the Island are locked in what seems like a never-ending war, and only one thing has the potential to turn the tide – a crystallized fragment of the Zero Point that was cast into the Marvel Universe. Spider-Man and Wolverine team up with several Fornite fighters and new recruit Shuri to hunt down the elusive Zero Shard. Will these allies be able to find it in time and avert catastrophe? And can the heroes of the Marvel and Fortnite realities hold off the Imagined Order long enough to give them a fighting chance?

Each first print issue contains a redeemable code to unlock a bonus digital cosmetic in Fortnite!