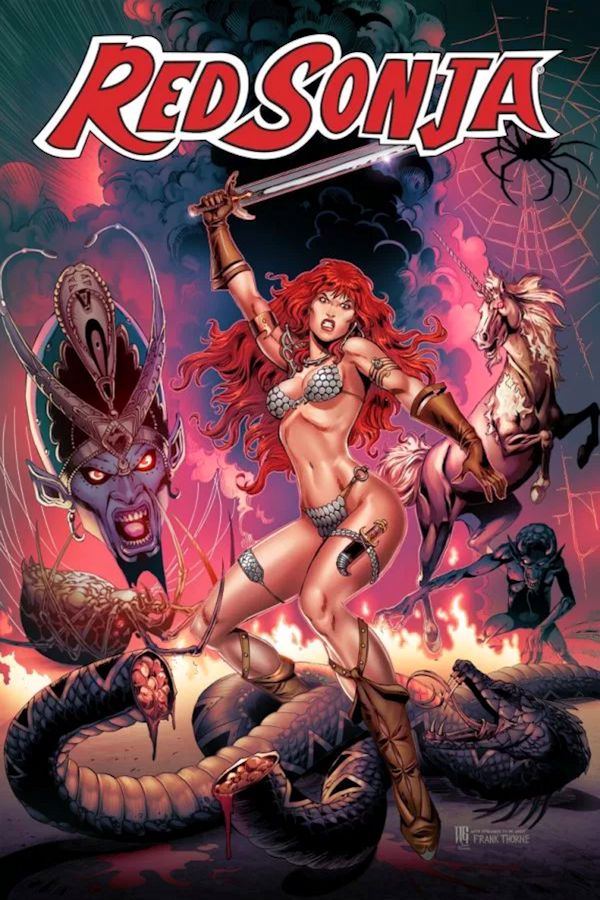 In 2013, acclaimed writer Gail Simone teamed up with artist Walter Geovani (Prophecy, Witchblade) to give Red Sonja a fresh new attitude! This blockbuster debut issue is back in a new facsimile edition, as Red Sonja pays back a blood debt owed to the one man who has gained her respect, even if it means leading a doomed army to their certain deaths! An epic tale of blood, lust, and vengeance begins here!

The creators return to the groundbreaking series they launched in 2013 bringing the She-Devil with a Sword back to comics in a huge way! This series was special from the very beginning. It was the combination of Gail’s brilliant storytelling and Walter’s inspired illustration that made it stand out as one of the very best Red Sonja tales ever told! But the one thing that was missing from this mythic run was an edition featuring Walter’s cover art. This new cover is something very special, it is an image that Walter drew to pay homage to the greatest Red Sonja artist of all time – the legendary Frank Thorne!