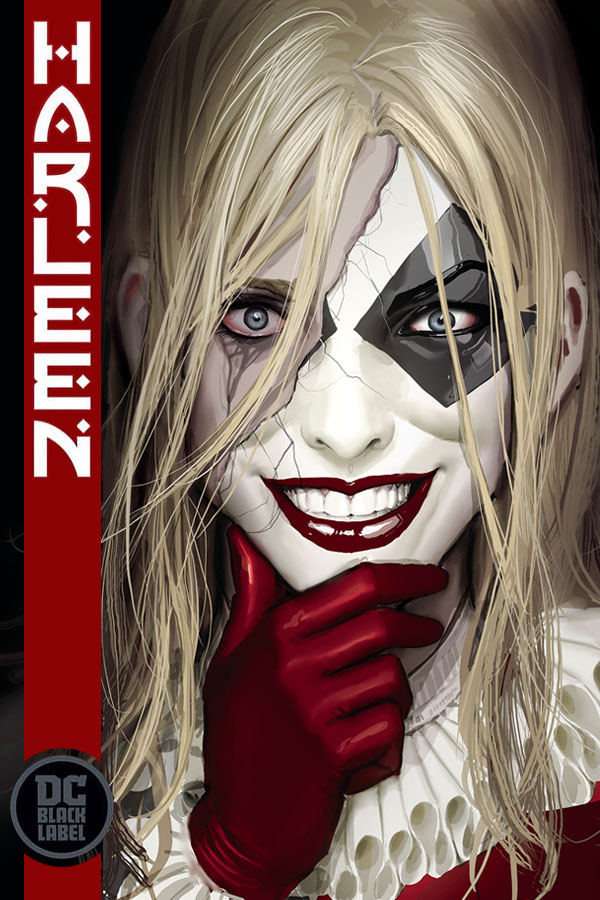 Dr. Harleen Quinzel has discovered a revolutionary cure for the madness of Gotham City — she just needs to prove it actually works. Through her studies of the criminals and sociopaths that pass through the halls of Arkham Asylum and the GCPD, Harleen is seeking to end the growing apathy among the citizens of Gotham. But with the criminal justice and mental health establishments united against her, the brilliant young psychologist must take drastic measures to save Gotham from itself.

Following an attack on the city by the villainous Joker, Harleen will come face-to-face with one of the many criminals she hopes to heal — but she will soon find herself drawn into the madness and insanity that plagues him.

Witness Harleen’s first steps on a doomed quest that will launch the legendary super-villain Harley Quinn in this stunning reimagining of Harley and the Joker’s twisted and tragic love affair.