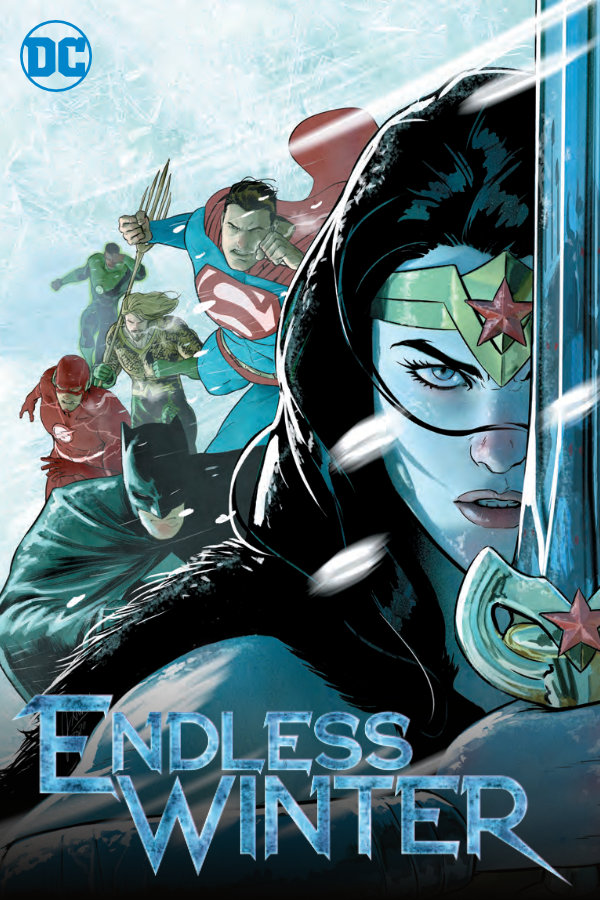 The crossover event of the season begins here!

The Justice League encounters an extinction-level global storm brewing at the former site of the Fortress of Solitude. Enter the Frost King, a monster mad with power with an army at his command!

What devastating mystery lies in his past? And how does he tied to Queen Hippolyta, Swamp Thing, Viking Prince, and their reluctant ally, Black Adam?

Two timelines will reveal further clues and secrets throughout each chapter of this blockbuster tale!