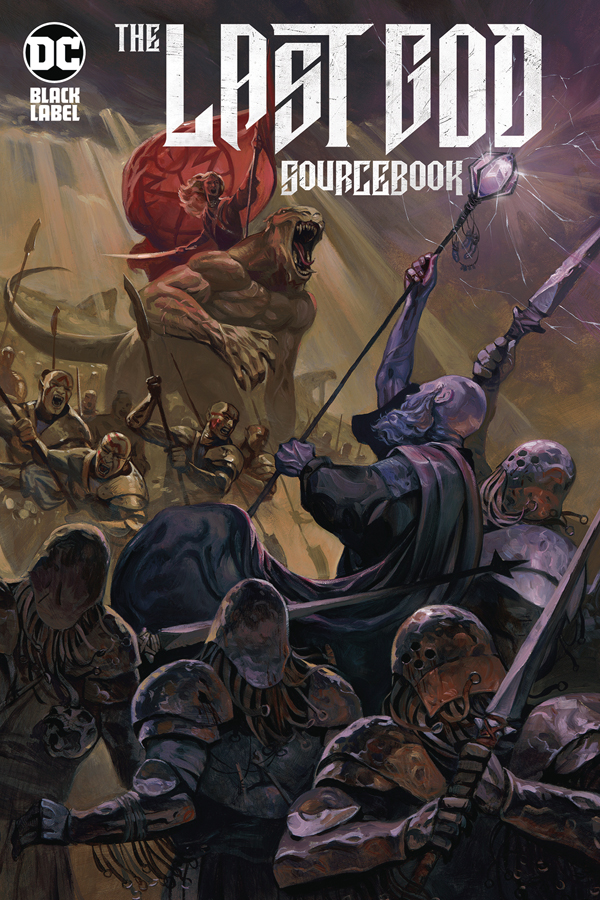 Welcome to the official sourcebook to the world of The Last God, detailing the rich history of its peoples, locations, schools of magic, a bestiary of the creatures found throughout Cain Anuun, and much more.

In this amazing one-shot, writer Phillip Kennedy Johnson joins forces with Dan Telfer (dungeon master of the Nerd Poker podcast) to bring you 5E compatible content for playable races, subclasses, magic items, monsters, and more that you can use in your favorite tabletop role-playing game, accompanied by epic illustrations by Riccardo Federici and Kai Carpenter, as well as new maps and illustrations from master cartographer Jared Blando.