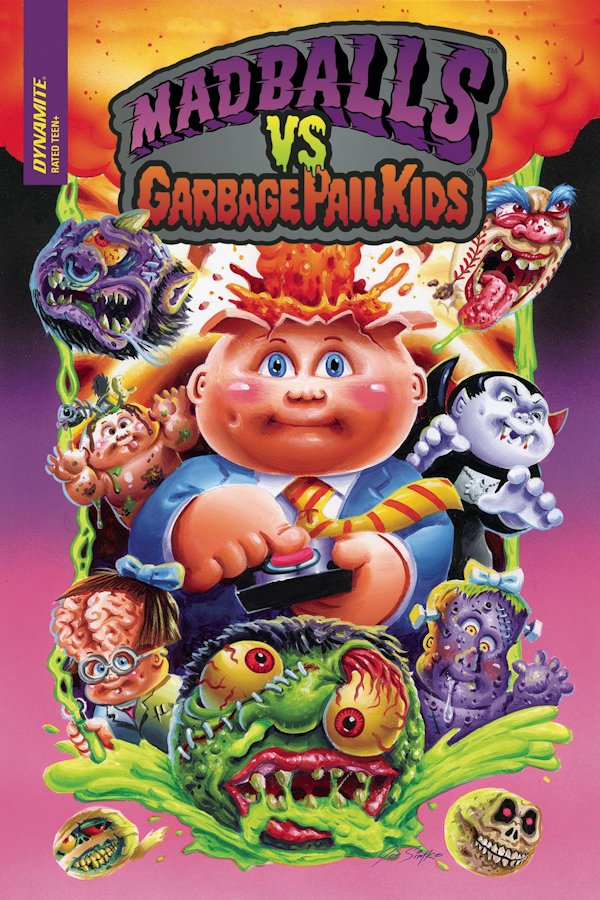 For the first time ever, the “heavyweights of gross” have combined forces in a massive merchandising blitz that pits the Madballs against the Garbage Pail Kids – winner take all! As part of this blitz, Dynamite presents the comic book crossover of these iconic 1980s brands!

For over three decades, Madballs and Garbage Pail Kids have both been known as the “grossest of the gross,” co-ruling counterculture with their pun-heavy names and subversive humour. This all-new limited series event presents the first time these two delightfully crude forces have ever crossed paths!