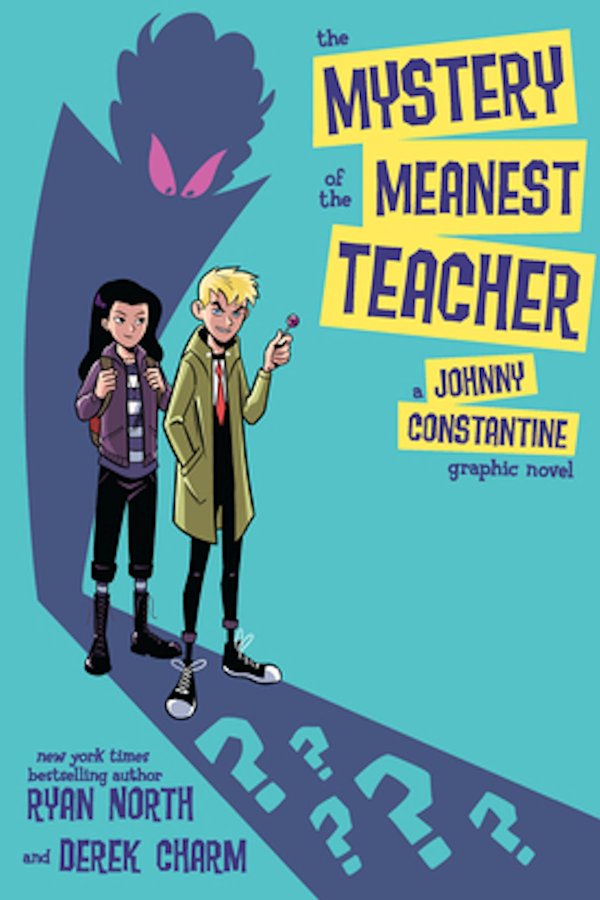 After angering a number of hostile spirits in England, 13-year-old magician Johnny Constantine has to find a way out of the country. Persuading his parents to send him to America, John arrives at the Junior Success Boarding School in Salem, Massachusetts. But once there, he finds himself to be something of an outcast. And he is convinced that his homeroom teacher really has it in for him. Worse, he’s sure she’s really a witch.
Fortunately, John is able to find one kindred spirit at school with whom he’s able to form an alliance—another misfit named Anna, who also happens to have her own developing magical powers. John recruits Anna in his efforts to uncover the truth about Ms. Kayla and expose the meanest teacher’s real identity to the world. Joined by a friendly demon named Etrigan, these two amateur sleuths will uncover clues and stumble upon forces beyond their control in a humorous series of misadventures.