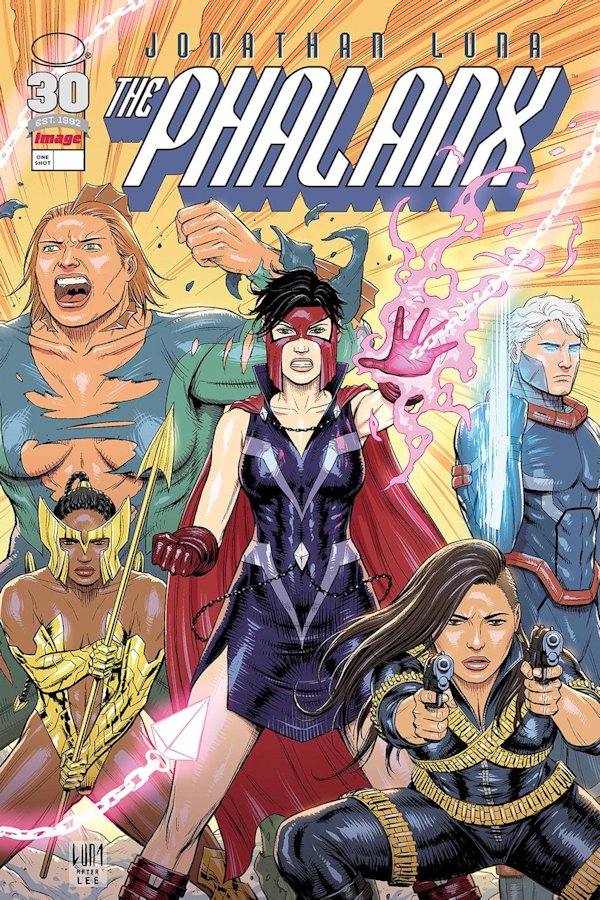 Inspired since 1992 by the series that launched Image Comics, writer and artist Jonathan Luna (Alex + Ada, 20XX) creates an homage to honour its 30th anniversary with the Phalanx!

Spur, a mercenary in modern-day Los Angeles, chases a mysterious villain and finds herself going through a portal and running into a famous superhero team. They realize they have a common goal.