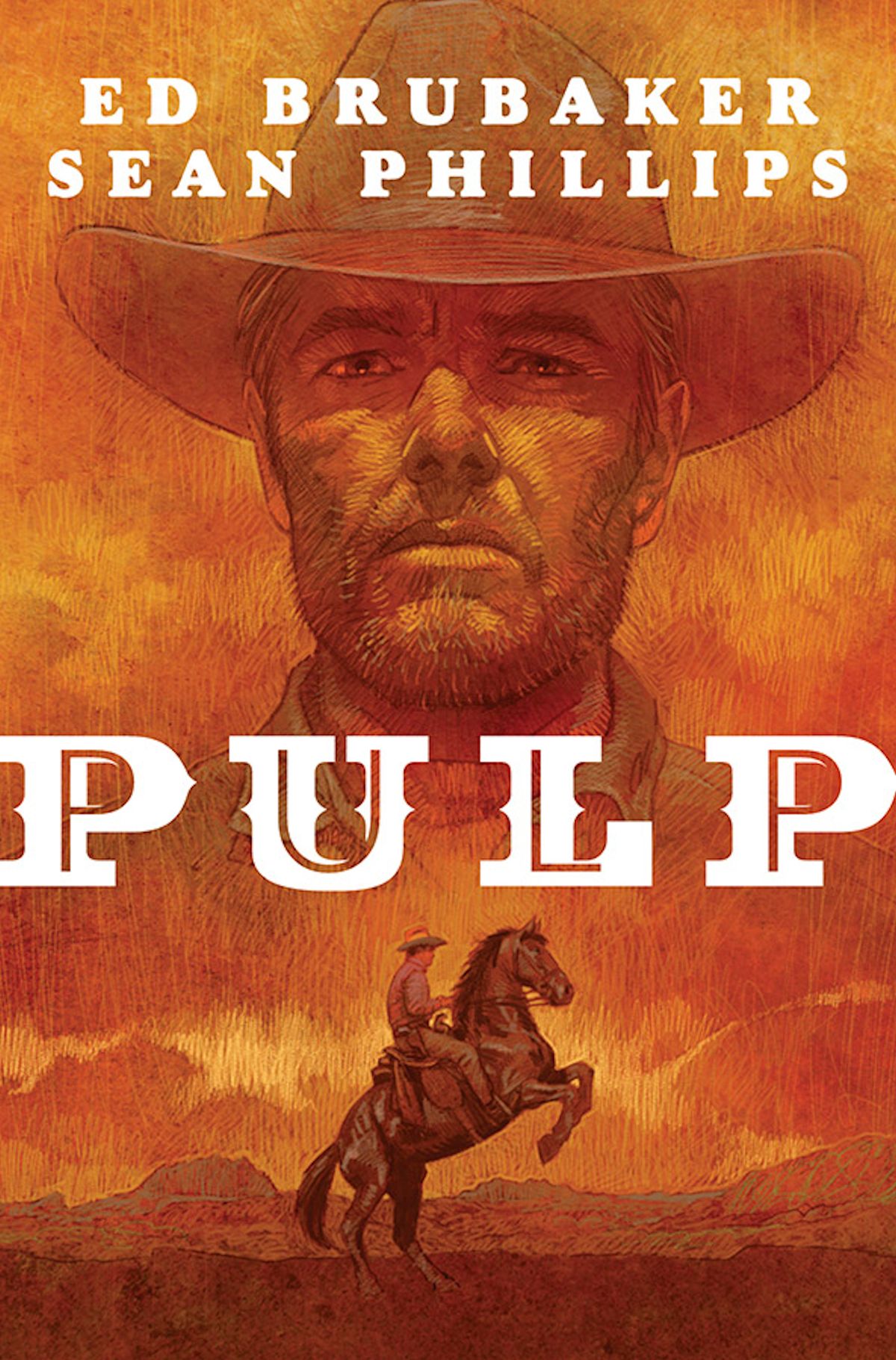 The multiple Eisner Award winning creative powerhouse behind such hits as My Heroes Have Always Been Junkies and Bad Weekend—Ed Brubaker and Sean Phillips—spin an original graphic novel tale of ’30s era crime in the forthcoming Pulp. This title will hit stores from Image Comics in May.

Max Winters, a pulp writer in 1930s New York, finds himself drawn into a story not unlike the tales he churns out at five cents a word—tales of a Wild West outlaw dispensing justice with a six-gun. But will Max be able to do the same, when pursued by bank robbers, Nazi spies, and enemies from his past? Find out in this must-have thriller from one of comics’ most acclaimed creative teams, perfect for fans of The Fade Out and Criminal.

“When Sean and I decided to do something completely new for our next original graphic novel, he planted the idea of a Western in my head… And I found myself drawn to the era where that genre first hit big—the pulp magazines and the Great Depression,” said Brubaker. “I thought about all these writers telling fictionalized versions of the vanishing days of the Wild West, as their own world was going through one of its darkest hours… And suddenly I realized I had the makings of a really great pulp story, but one set in the real world. A story that I really wanted to tell.”

A darkly mysterious meditation on a life of violence, Pulp is unlike anything the award-winning team of Brubaker and Phillips have ever done. A celebration of pulp fiction, set in a world on the brink.

Phillips added: “I asked Ed to write me a Western and this is as close as he could get. Hopefully I don’t have to draw too many horses. Or hats. Or six-shooters. What was I thinking?’’