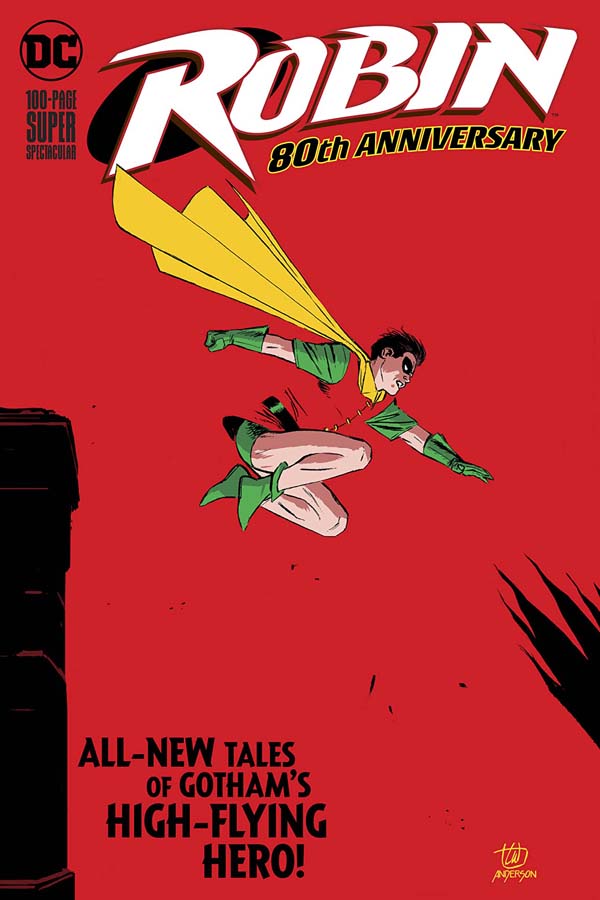 DC Comics celebrates Robin the Boy Wonder’s 80th anniversary in style with an all-star creative team representing each iteration of the iconic character across eight decades of history!

From the high-flying adventures of Dick Grayson to the tragedy of Jason Todd, the enthusiasm of Tim Drake and the arrogance of Damian Wayne, the persistence of Stephanie Brown and the rebelliousness of Carrie Kelley — the mantle of Robin has been worn by many, but always represents one thing: a hero.

The following variants are available for order. Please contact us to place your order.