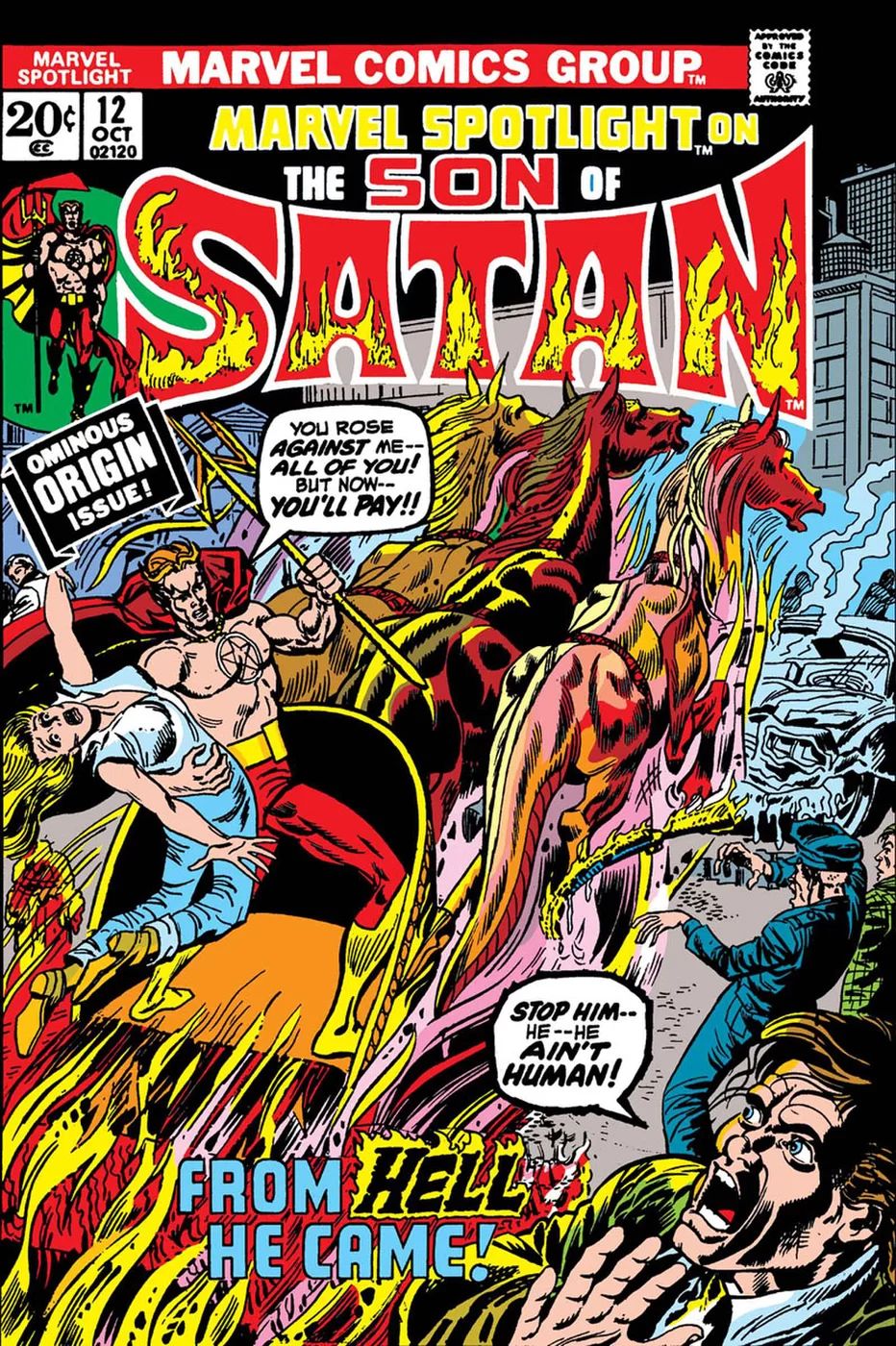 From Hell he came! By day he is Daimon Hellstrom, but by night he is known as the Son of Satan! Trident in hand, striking birthmark on his chest, and with the strength of a hundred men, Daimon is on the trail of his accursed father — and woe betide anyone who stands in his way! Watch in terror as the Son of Satan fights his way through an army of demons as he pursues the ultimate family feud — with the soul of Johnny Blaze, the Ghost Rider, at stake!