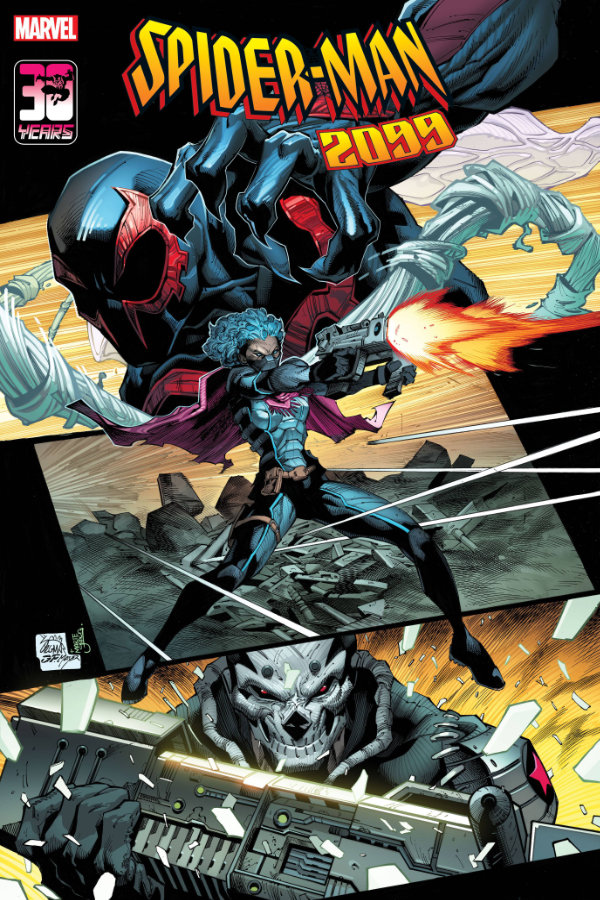 Miguel O’Hara is back!

After fighting battles across the timestream, Miguel O’Hara is at last back defending his present and our our future!

For Spider-Man 2099, the only thing constant about life in Nueva York is change. So when a cataclysmic crash creates a new Garden of Eden in what was once the American Wastelands, Spider-Man knows exactly what the next atrocity will be.

Watch as The Cabal plans to set society ablaze – and you’ll never guess who is leading them!

Introducing the Winter Soldier of 2099!

After a massive Celestial body crashes into the Wastelands outside of Nueva York, a new Garden of Eden erupts from the crash site, offering unimaginable power. And it’s not just The Cabal who is hungry to control the Garden. Everyone’s got something to gain from Paradise… including Winter Soldier 13. Salvaged from the black market as a child, the Winter Soldier – raised on mad science – is bent on vengeance and rebirth. But what truly lies within the Garden?