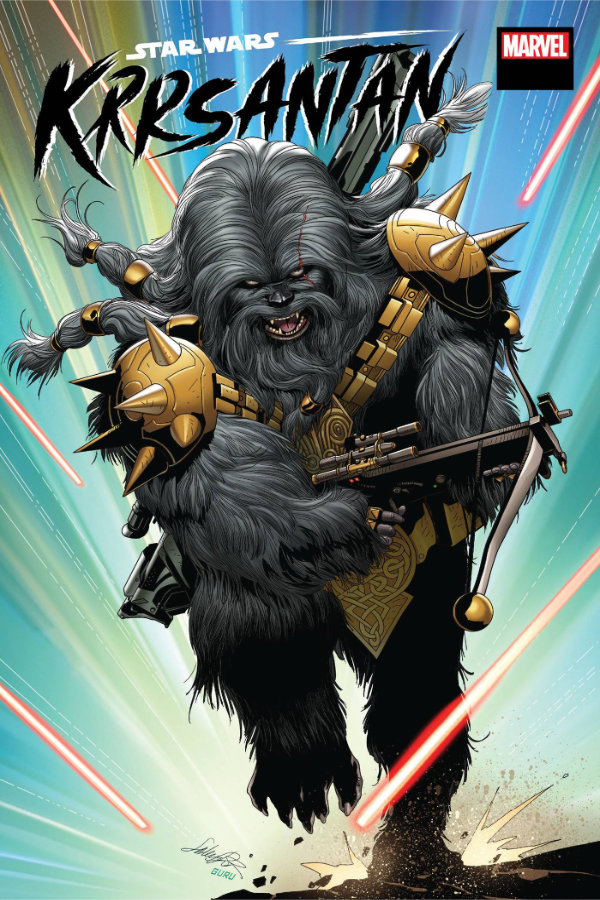 He thrilled audiences in The Book of Boba Fett – now experience the stories that made him a legend!

The deadly Wookiee bounty hunter called Krrsantan is almost unstoppable, but you can get him on your side… for a price. On the desert world of Tatooine, witness Krrsantan hunt down Jedi-in-hiding Obi-Wan Kenobi in a tale set between Star Wars Episodes III and IV! Then, as the Rebel Alliance clashes with Darth Vader, get ready for the ultimate Wookiee fight. Who will be left standing when Krrsantan takes on Chewbacca?! Finally, learn Krrsantan’s origins – from his years in the gladiator pits to an alliance with Doctor Aphra to serve up some well-deserved revenge! It’s wall-to-wall Wookiee action as only Marvel can deliver!