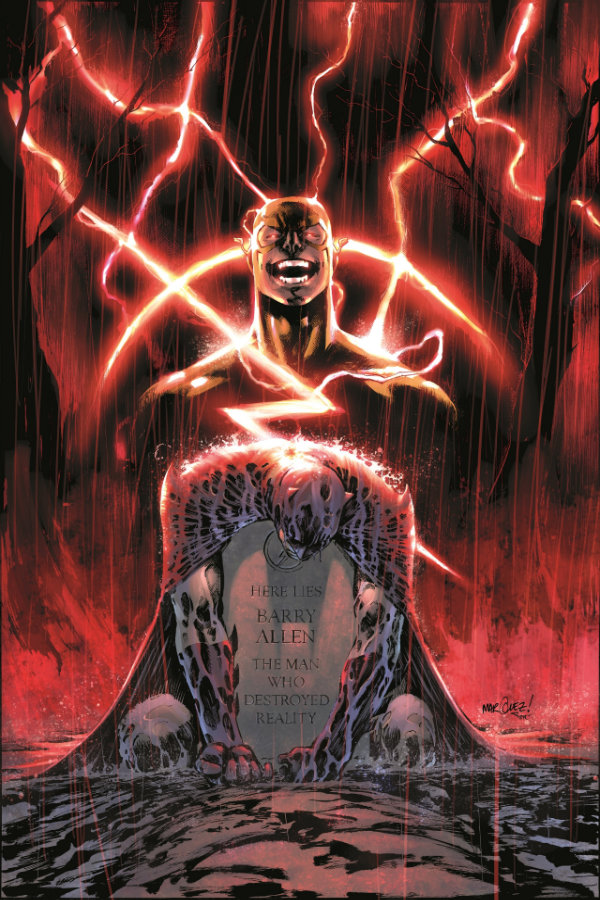 Following the smash success of last year’s Tales from the Dark Multiverse series, DC returns with five new tales that explore dark, twisted timelines spinning out some of DC’s most iconic stories.

Spinning out of the events of a world where a single choice by the Flash affected the entire DC Universe, find out what would have happened if Barry Allen had not put things right.

In a world where the Flashpoint reality was never undone, where Thomas Wayne still haunts Gotham City as the Batman, and the Amazonian and Atlantean armies still prepare for war, will the Reverse-Flash embrace this darker, deadlier world and finally eclipse Barry Allen’s legacy?