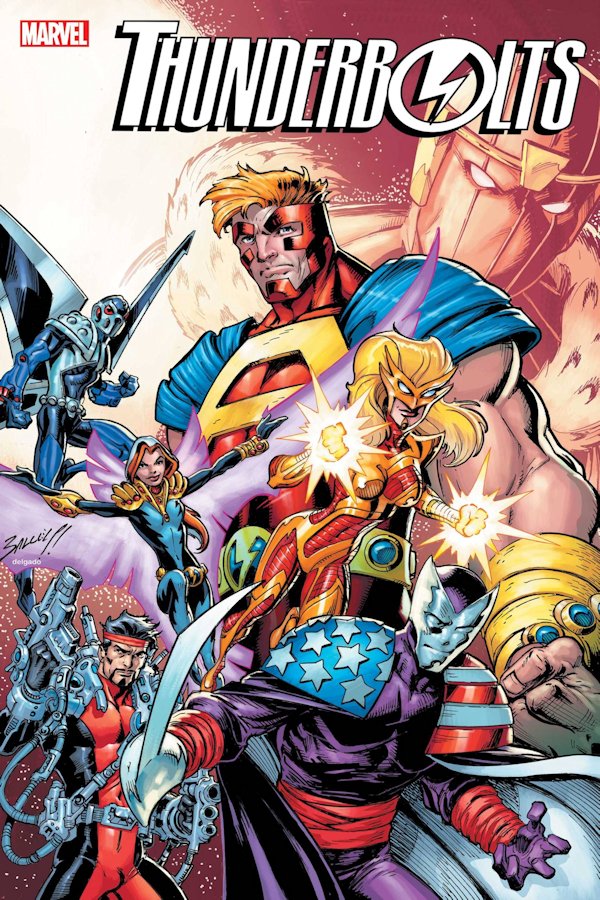 A new super-team delivers justice like lightning as we celebrate the legacy of the House of Ideas with Marvel Tales! This anthology series shines a spotlight on fan-favourite characters, features timeless stories and highlights some of Marvel’s most impressive talent from the past eight decades.

In the wake of tragedy, the Thunderbolts rise to defend a shaken populace – but what is the team’s shocking secret? Meet Atlas, Mach-1, Meteorite, Songbird, Techno and their leader, Citizen V, as they battle the Wrecking Crew and the Circus of Crime in Thunderbolts (1997) #1-2 – courtesy of legendary creators Kurt Busiek and Mark Bagley! The T-Bolts tackle a rampaging Hulk in Incredible Hulk (1968) #449, and their legend spreads in Tales of the Marvel Universe #1 – but all is not what it seems! Prepare to relive the greatest trick Marvel Comics ever pulled!