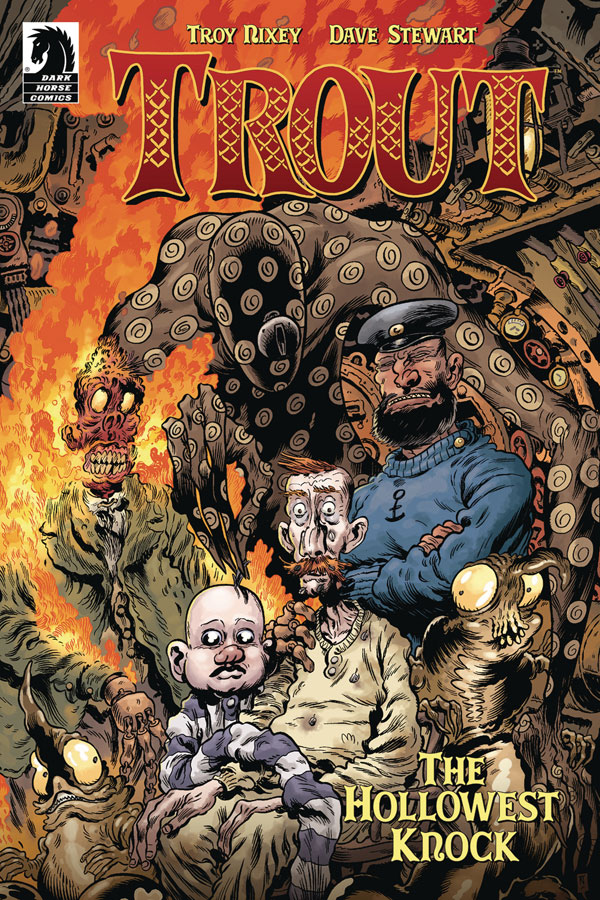 Blaming him for the loss of the children of lower Upton, the townsfolk burn down Giuseppe’s turnip factory and run him and Trout out of town. Sick and distraught, the two have no other recourse but to travel across the ocean to Giuseppe’s childhood village. Trout is lost along the way, and Giuseppe is forced to deal with his brother’s meddling in order to find the mysterious little boy he’s sworn to protect. Can Giuseppe find him before Trout meets his fate at the hands of the god of the sea?! And who is the shadowy figure trapped in a giant shark egg who is struggling to keep Trout alive?! One thing’s for certain: for better or worse, Trout will never be the same again.