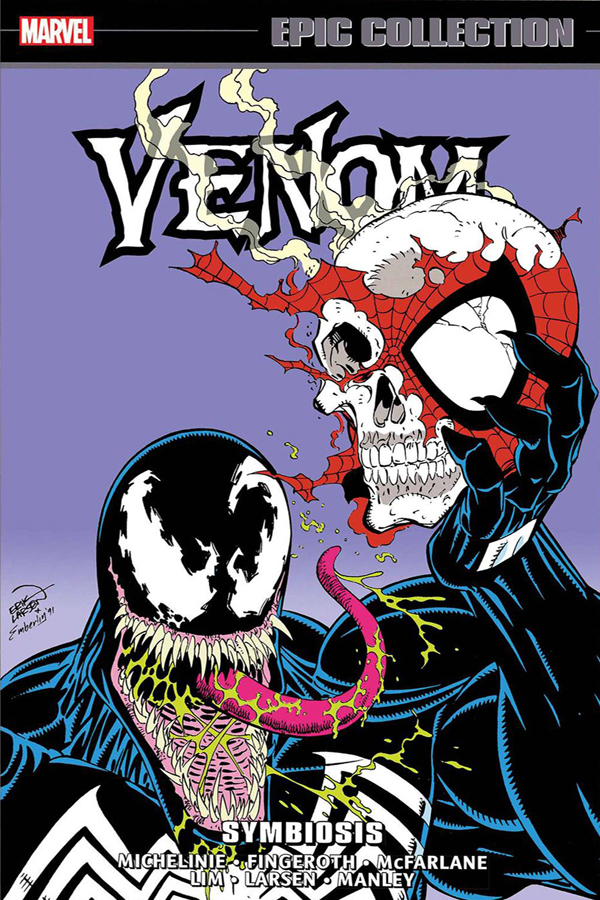 When Spider-Man learns that his black costume is secretly an alien symbiote, he rejects the suit – and the spurned creature soon finds a new host! Disgraced reporter Eddie Brock has reasons of his own to hate Spider-Man, and together the two merge into the twisted engine of revenge known as Venom -and a rivalry for the ages begins! Venom has the same powers as Spider-Man – but he’s bigger, stronger and doesn’t trigger his spider-sense. And he knows Spidey’s secret identity! Against such a dangerous, determined and deadly foe, how far will Spider-Man have to go to survive?