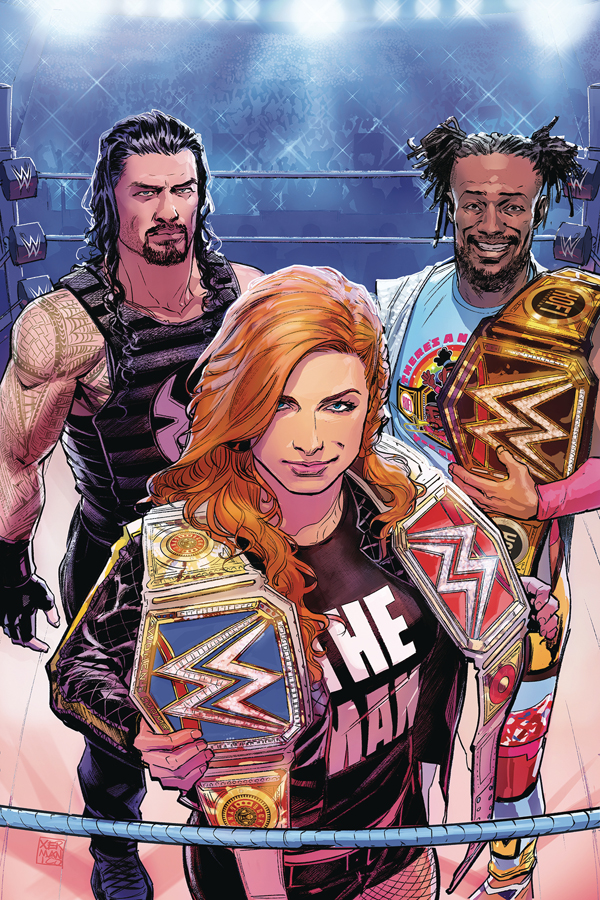 Becky Lynch, ‘The Man’, is ready to be part of the new Friday Night Smackdown. As she prepares for the big moment, Becky finds herself in a backstage adventure, encountering WWE Legends Undertaker, the Hardy Boyz, Kurt Angle and others, side by side with the current Smackdown Roster.

Join Becky Lynch backstage of WWE: Smackdown as she explores the best that WWE has to offer!

Featuring a super-sized 25 page story from Kevin Panetta (WWE) and Kendall Goode (WWE: Undertaker), this will have you ready for the premiere of Smackdown Live! on October 4.