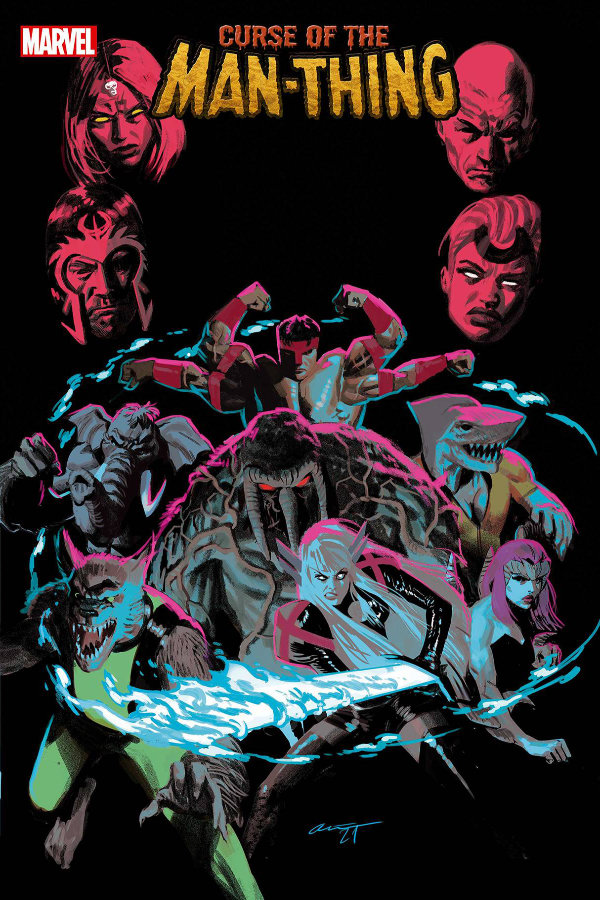 Man-Thing’s curse has been revealed… but it’s under new management!

Years ago, Doctor Ted Sallis was ready to give up anything to crack the SO-2 serum and deliver success to his growing family. Unbeknownst to the rest of the world… he did. Today, as cities spanning from the U.S. to Krakoa are besieged by fear-driven blazes, the Man-Thing must reckon with his past deeds if he hopes to emerge renewed and rescue a world on fire. But fighting from his lowest means that Man-Thing can rise to his highest, especially with the unexpected help of the X-Men’s resident sorceress Magik and her debuting team of monstrous mutants known as The Dark Riders!