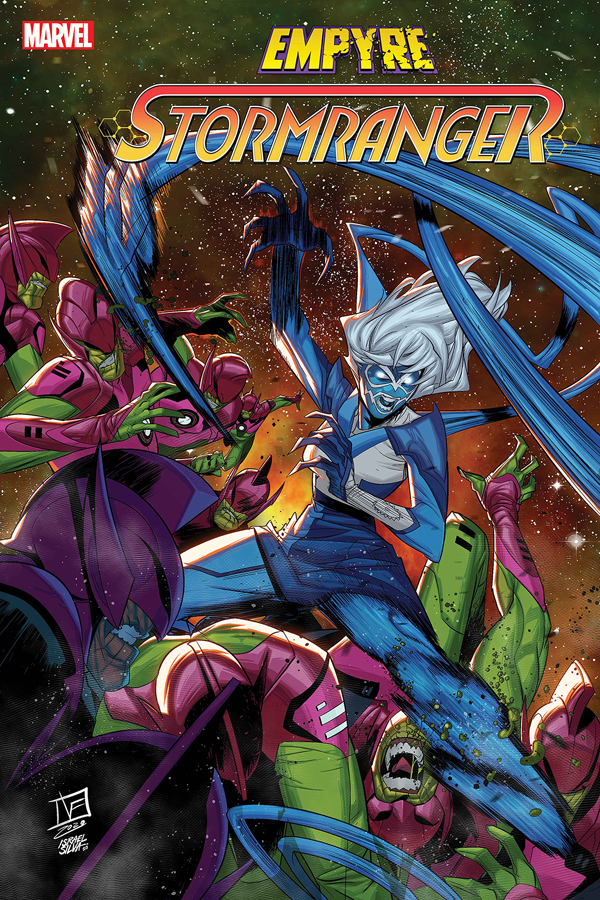 The Kree nanosuit known as Stormranger was once bonded to Ms. Marvel… but after deciding Kamala’s version of justice wasn’t deadly enough, Stormranger rebelled against her. Now Stormranger is charting her own course – just in time for the united Kree/Skrull Empire to engulf Earth in a centuries-old conflict. Whose side is this ruthless space […] 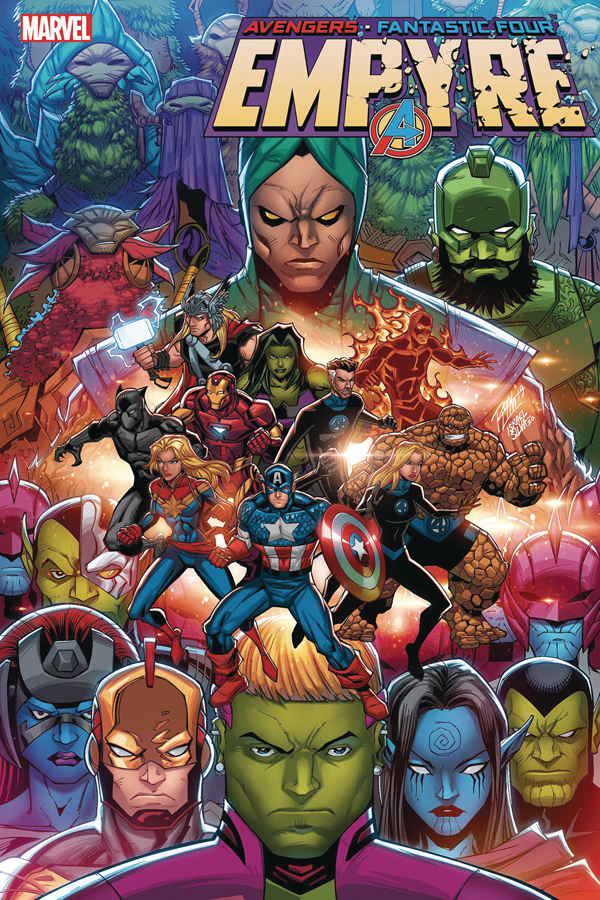 Multiple races across the universe are pulled into conflict when Empyre hits! This Handbook provides updates of the major players in this star-spanning war. 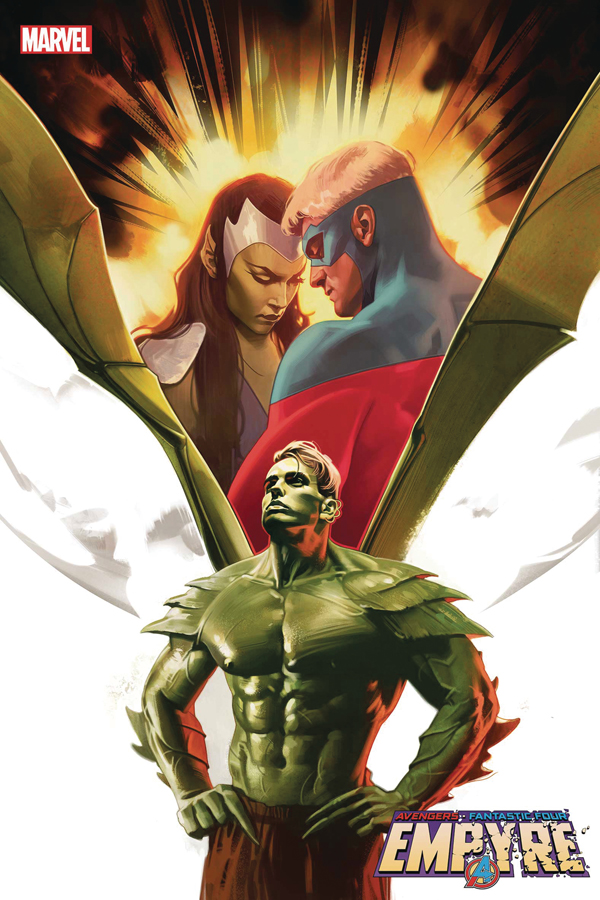 Destiny fulfilled! The child of the Kree hero Mar-Vell and Skrull Princess Anelle, Dorrek VIII – known on Earth as “Teddy” – has spent years evading the clutches of both bloodthirsty empires. But now fate has caught up to him. The Kree and Skrull worlds are aligned – and only a man born of both […] 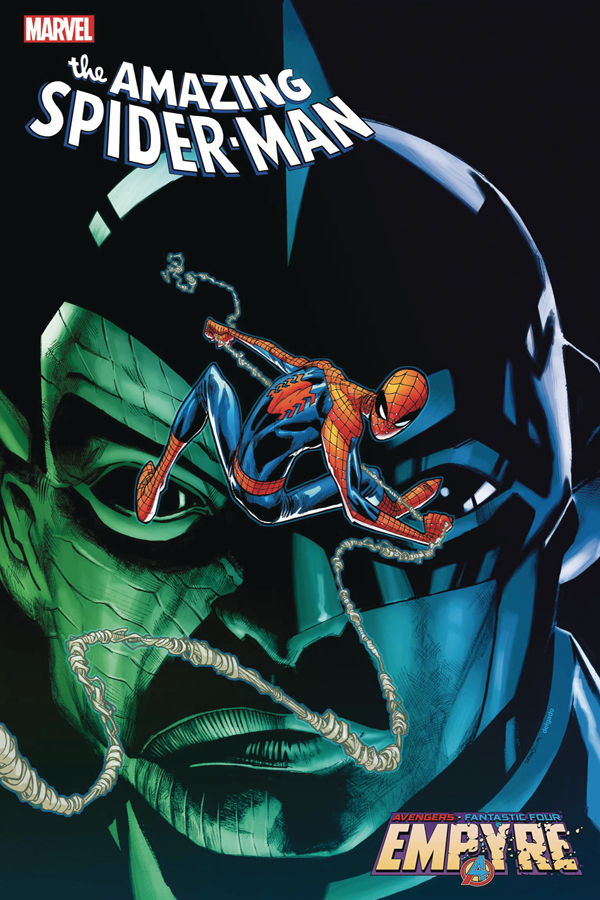 Spider-Man has the best rogues’ gallery in comics with the Green Goblin, Doctor Octopus, Kraven, Venom, Carnage and recent additions like Red Goblin, Itsy Bitsy and Kindred. But there’s another archenemy of Spider-Man who’s been hiding in plain sight, and only the actions of the Kree / Skrull have brought him to the fore of […] 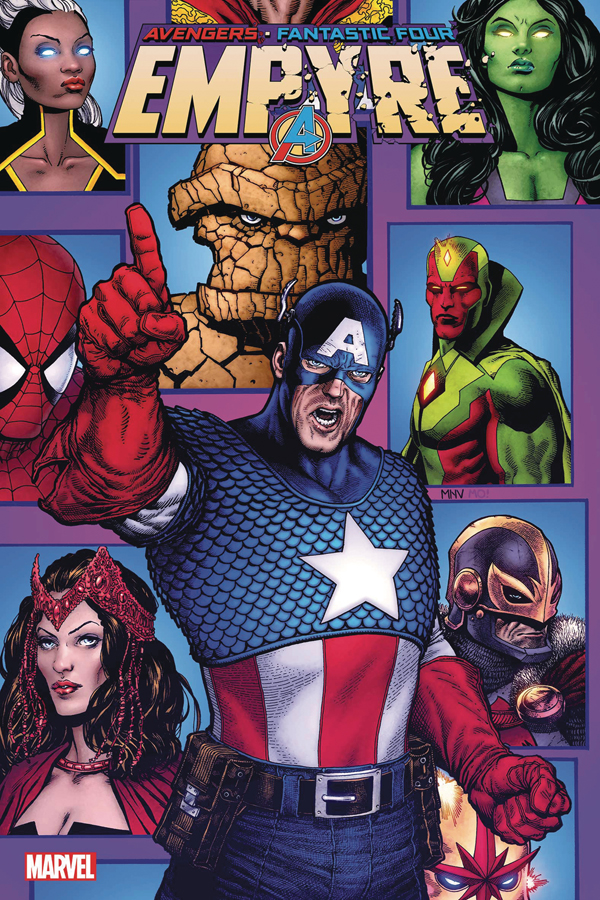 With the threat from the stars now reaching Earth, Captain America sends out the call for heroes to meet its advance across the globe! But in the far-off Antarctic Savage Land, Ka-Zar and the Agents of Wakanda have located an enemy offensive that could change the course of the conflict! Which Avengers will answer the […] 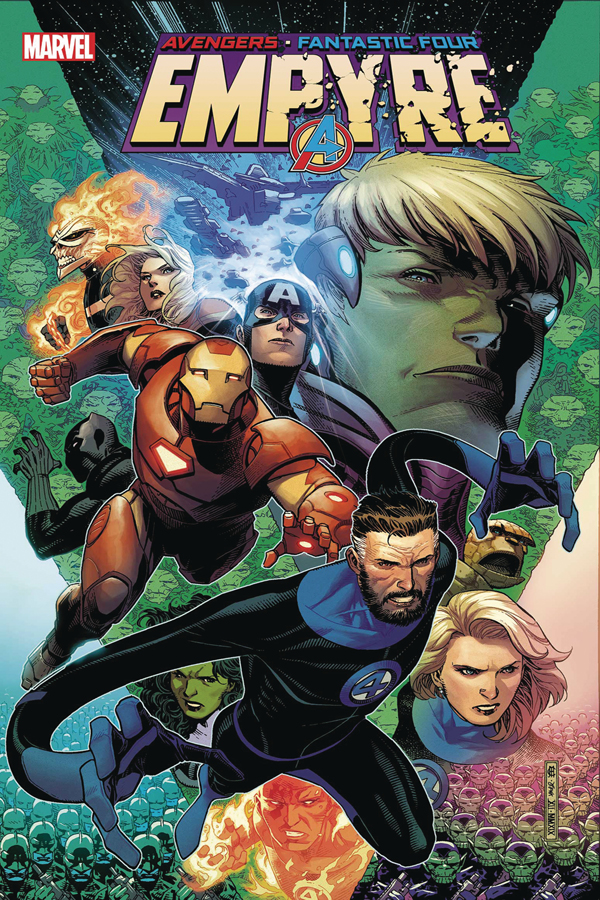 The Kree and the Skrulls have united under a new emperor – and their war fleet is on a collision course for our world. On the moon, the Avengers are ready to strike with the full power of Earth’s Mightiest Heroes. Approaching from outer space, the Fantastic Four are seeking a diplomatic solution. If the […] 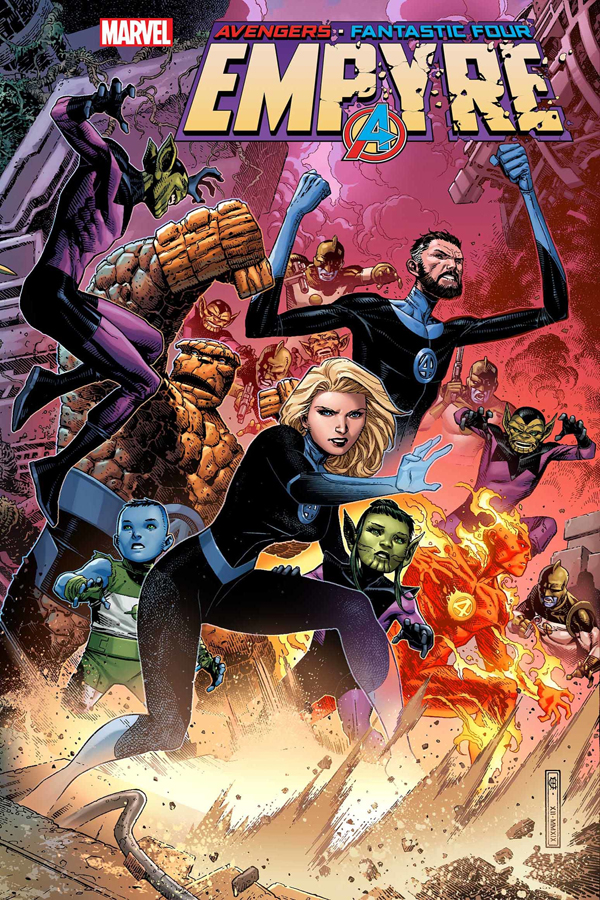 A pivotal issue, not just for Empyre, but for the future of the Fantastic Four! In the most unlikely of places, the Fantastic Four witness the final conflict of the Kree/Skrull War… and the fate of these final warriors will mark a stunning change in the lives of Marvel’s First Family for years to come. […] 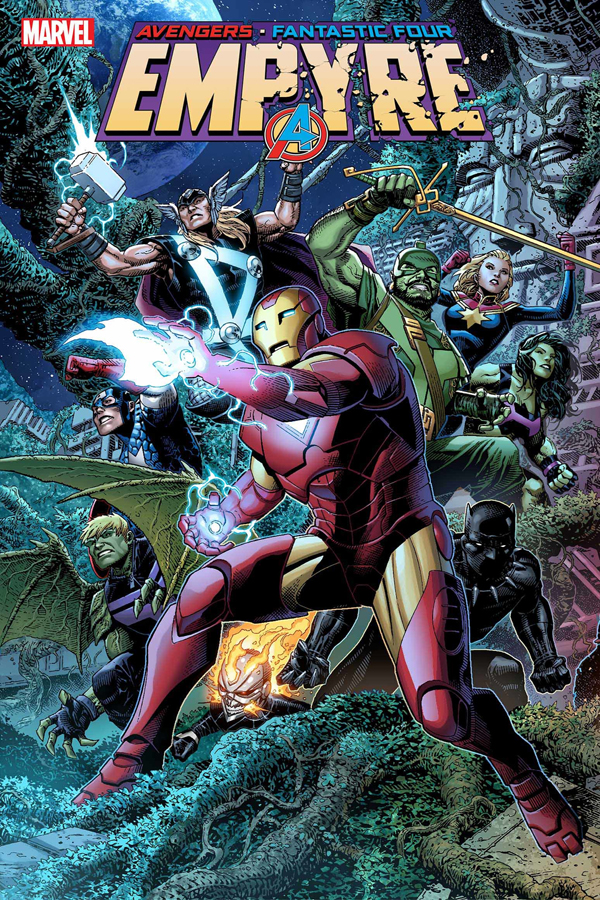 Tony Stark wakes from strange dreams – as old allies make a distress call to the Avengers. In the new Green Area of the Moon, the Cotati are waiting with news of a terrible enemy that could wipe out both them and humanity itself. The Celestial Messiah has returned… but are the Avengers ready to […] 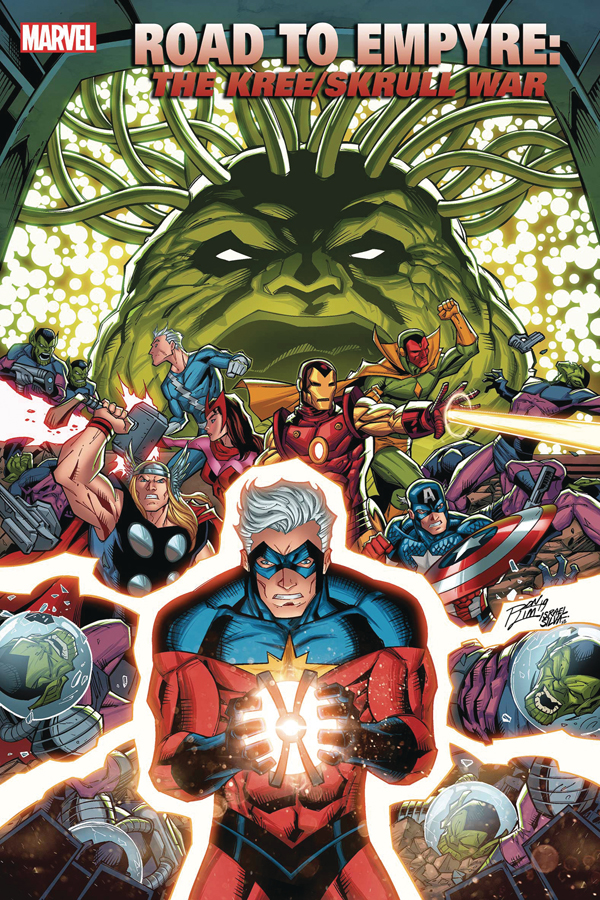 Empyre is coming! The build-up to Marvel’s massive event series of the spring begins here – but in actuality, it began a millennia ago, with a challenge on the moon! In the wake of Incoming, everything has changed for the Kree and the Skrulls. And out in the cold on Earth, the Warner family (Meet […] 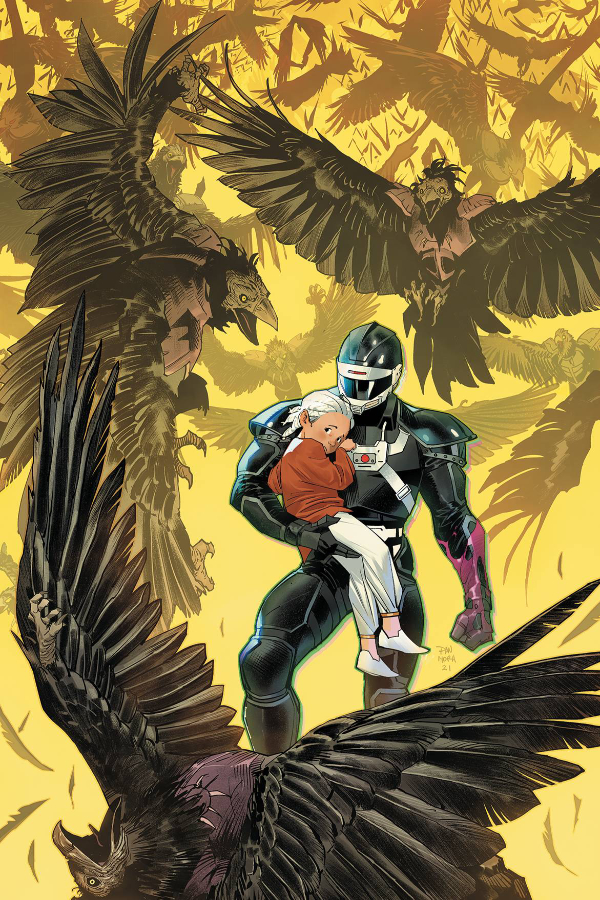 The first full appearance of the Phantom Ranger in a story that will ripple through the Power Rangers franchise. 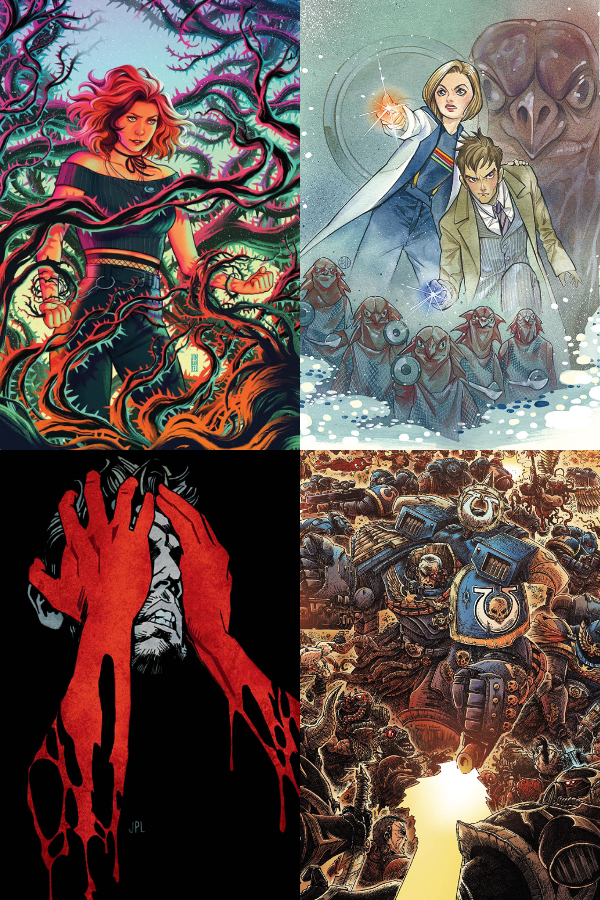 The 100 best-selling comic subscriptions for November, 2020 include Willow, Hellblazer, Warhammer 40k, Doctor Who, Spider-Man and more. 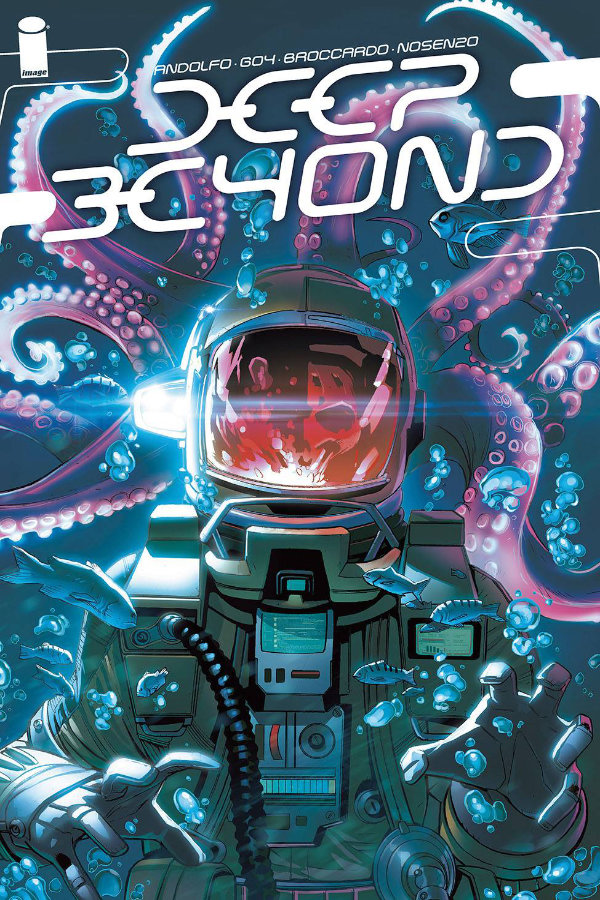 In an underpopulated future Earth, devastated by the dire consequences of the millennium bug, the survival of mankind — and, maybe, of the planet itself — is handled by a small number of people. Talented scientists who, despite the adverse situation and the stupid feuds that continue to divide the small number of people still […]